Bob H. Aloneissi appointed Justice of the Court of Queen’s Bench of Alberta

The University of Alberta Faculty of Law is pleased to announce the appointment of alumni and sessional instructor Bob H. Aloneissi, Q.C., 87’ LLB, as a Justice of the Court of Queen's Bench of Alberta.

When asked about the moment he learned of his appointment, Aloneissi said that his reaction was a mixture of feeling “shocked, overwhelmed, and blessed.”

“I will now leave behind all I have known as an advocate and re-learn and re-tool as a judge, listening carefully to both sides before rendering a judgment according to law,” said Aloneissi. “I am looking forward to this challenge, which will require a more holistic approach to law.”

The son of Lebanese immigrants, Aloneissi was born and raised in Edmonton, Alberta. His family operated a community grocery store, and it's from these humble beginnings that he learned lessons that would influence his life and career.

“One of the main things I took away from working at an inner-city community grocery store was the diversity of people and our commonality,” said Aloneissi. “Over the course of three decades, waves of immigrants settled in the area, and with each wave, there were doubts expressed by some elements in society about whether they were Canadian enough or whether they would fit in. It is satisfying to look back and see that each group has become an essential part of the fabric of Canada and that our strength is in our diversity.”

“Another main lesson [I learned] was to be compassionate towards others who are less fortunate. My father allowed people to buy groceries with no more than a mere promise to pay in the future, and if he caught someone stealing he would tell them that if they are hungry, he would simply give them food. I came to understand that building relationships were more important, and business success followed those relationships.”

Aloneissi’s father — who left school in elementary to help care for his family — also made sure his son understood the importance of a good education. After graduating from Queen Elizabeth High School in 1980, Aloneissi earned an undergraduate degree in Canadian Studies from the University of Alberta in 1984.

“At the time it seemed as though everyone else was studying American or European history, economics, and literature,” said Aloneissi. “I couldn't understand why you wouldn't want to learn about your own country, and I feel blessed to have studied this great country of ours from a multidisciplinary perspective.”

With a deep understanding of Canadian history and society, and a desire to make a positive impact, he went on to earn an LLB from the Faculty in 1987. Since then, Aloneissi has practiced criminal law with Liberty Law for over three decades, and he was appointed to the Queen’s Counsel in 2012.

In addition to practising law, Aloneissi has co-taught Criminal Procedure for the Faculty as a sessional instructor alongside his law partner Ed O’Neill since 2010.

“It is a joy to co-teach Criminal Procedure,” said Aloneissi. “It is absolutely essential to teach students and mentor young lawyers to be capable and ethical practitioners of criminal law — whether as crown or defense counsel — as this will foster respect for the rule of law and the administration of justice.”

Aloneissi plans to keep his roots in compassion at the forefront of his best practices as a judge.

“I want to listen with compassion and understanding, and I want all participants to feel that they have been heard and that they have been given a fair hearing,” he said. “For some, it will be their first brush with the Canadian justice system and it’s important that they come to understand the basic tenants of our judicial system and to trust that judges are independent, unbiased, and fair.”

"Since graduating from the Faculty, Bob has provided great service to our students by offering his time and expertise as a sessional instructor of Criminal Procedure,” said Dean Barbara Billingsley. “We are so pleased and proud to see him join the long and growing list of distinguished alumni of the Faculty of Law who have been appointed to the Alberta Court of Queen's Bench." 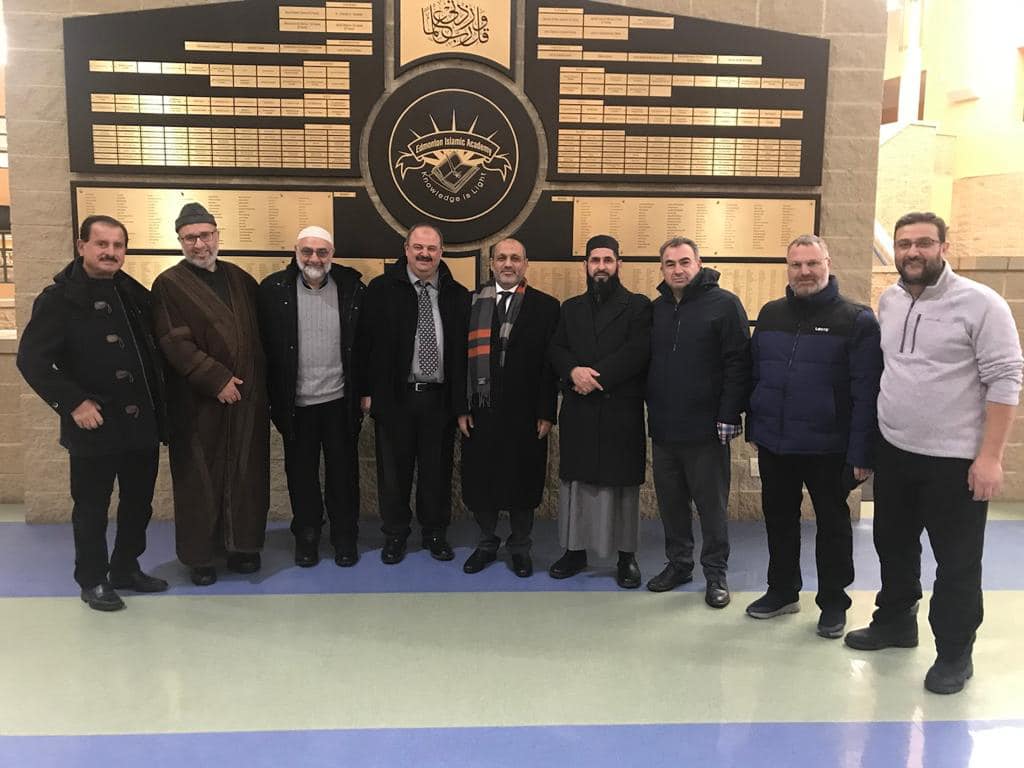