When Mahmoud Jebara walked into a home on Wednesday near the site of last month's devastating Beirut explosion, the windows were still left torn apart from the force of the blast.

As he handed the woman who lived there a bin of supplies — filled with food, medication, personal protective equipment and a water filter — Jebara says she led him to her kitchen. She opened the fridge to reveal empty shelves that she would now be able to stock with food.

That bin travelled thousands of kilometres across the Atlantic Ocean on a chartered cargo plane from Canada before it landed in Beirut where it was distributed by the local food bank. It's one of five cargo shipments being sent to the Lebanese capital in the coming weeks with the help of Edmonton businessman, Sam Mraiche, and a team of other charities and supporters.

The second shipment, stocked with roughly 45,000 kilograms of supplies, is set to take off from a Hamilton, Ont., airport Sunday morning, Mraiche says. When it gets to Beirut, his nephew Jebara will meet the flight and help the Lebanese Food Bank distribute the bins to thousands in need, as he's done since the first shipment arrived on Aug. 27.

"The impact on that county, I felt the urge to assist where I can," said Mraiche, a dual Canadian-Lebanese citizen, born and raised in Edmonton.

It's the latest relief effort that can trace its roots to Edmonton after a blast tore through the port of Beirut, killing hundreds and injuring thousands more last month. The Edmonton-Lebanese community rallied to support family, friends and compatriots reeling from the overlapping economic and political crises facing Lebanon, and who are now left to rebuild large swaths of the capital all while COVID-19 cases spike.

Edmontonians helping with relief efforts for victims of Beirut explosion
Amid unprecedented economic crisis, many Lebanese despair
Mraiche says it was one of the darkest days of his life. He scrambled to confirm his two sisters living in Lebanon were safe as the pictures and videos of the explosion filled social media feeds across the world.

"It really hit close to home. It was a tragedy for sure," he said.

Nearly 200 people were killed and 6,000 people injured when a fire ignited thousands of tons of ammonium nitrate stored for years in Beirut's port. For many Lebanese, the explosion was an example of the government mismanagement and corruption at the root of the country's economic crisis.

Mraiche, the founder of medical equipment importer MHCare Medical, says one of his earliest calls after the explosion was to Cargojet CEO Ajay Virmani to discuss ways to transport relief supplies from Canada to Lebanon.

"I got support from him instantly, and once you have that, the puzzle just fits together," he said in an interview from Toronto where he's been for the past three days helping prepare the next shipment.

Mahmoud Jebara, Mraiche's nephew, helps deliver the relief bins to people around Beirut with the Lebanon Food Bank. (Supplied by Mahmoud Jebara)
Mraiche says he then enlisted help to stock the cargo planes from charity Health Partners International of Canada and Abbis Mahmoud of Operation Ramzieh, which supplied food to Ontario families in need at the outset of the pandemic and is now spearheading a GoFundMe to support Lebanon relief efforts as part of the Lebanon for Canada initiative.

When the plane arrives in Lebanon, Jebara is there to meet it. His mother, Mraiche's sister, left the country after the explosion. But Jebara, also a dual citizen, stayed behind to help distribute the donations around Beirut.

He goes door-to-door with the relief workers to hand out the bins. The stories he encounters are devastating, he says, but to provide some relief in otherwise trying times is a source of pride.

Mahmoud Jebara delivers the bins, filled with food and medical supplies, his uncle in Edmonton helped arrange to be delivered to Beirut from Canada. (Supplied by Mahmoud Jebara)
"It is a medal on my chest to be part of this project and part of the distribution process," he said in an interview from his hometown of Joub Jannine, about 70 kilometres outside Beirut. "To see a smile on a man's face, a tear in a mother's eye, that they're happy to have food to feed their children." 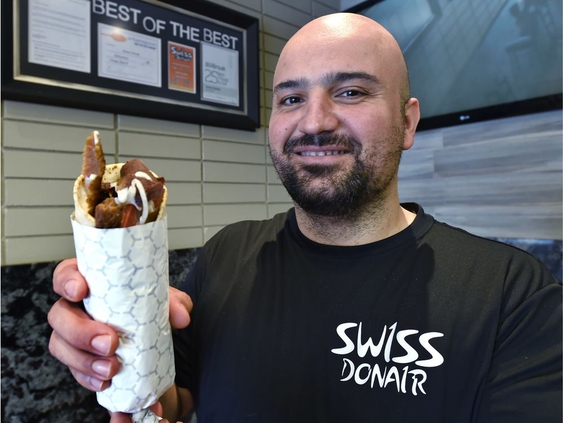 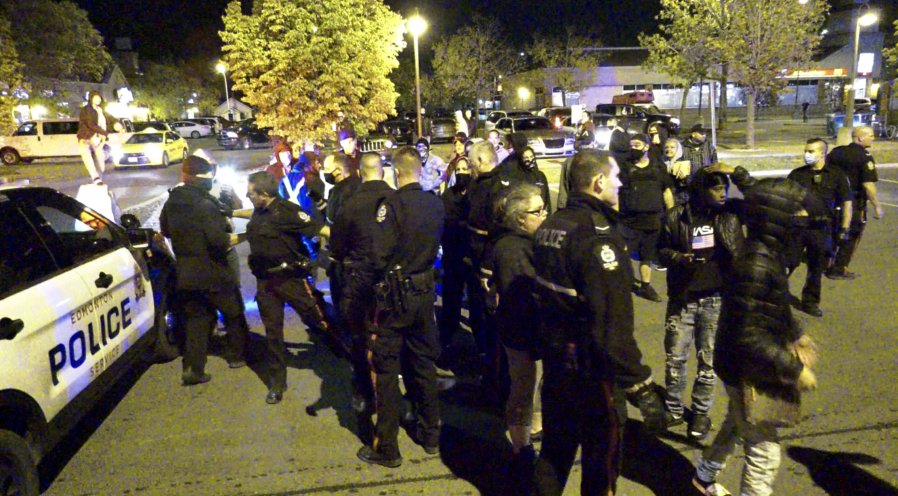